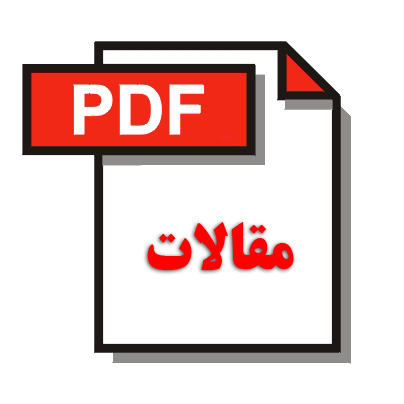 نوع فایل:PDFتعداد صفحات :7سال انتشار : 1394چکیدهBackground: As anti-apoptotic properties of polyphenols have been proved in past years. In this study, carcinogenic activity of carnosic acid and rosmarinic acid in human hepatoma carcinoma cells (Hep- G2) were studied.Method: In this experimental study, Hep -G2 cells were cultured in DMEM supplemented containing bovine fetal serum and antibiotics. Cells with double dilution were then cultured from 0 to 00 μM for 22 h and viability of cells was determined by MTT method. In order to evaluate activity of caspase3 and 9 enzymes after 22 hours of incubation of the cells with treated materials, cells were centrifuged and cell lysis solution was added. This mixture was centrifuged and then an appropriate substrate was added into each enzyme and after incubation, absorbance of the resulted solution was read at 204 nm using a spectrophotometer device. To measure the level of ceramide, a recombinant acid ceramidase enzyme and naphthalene-2, 3-dialdehyde, which is fluorescent and is connected to sphingosine resulted from acid ceramidase, were added to the cell extract and was ultimately determined by HPLC.Results: Carnosic acid increased cell viability and caused no induction of apoptosis to a dose-dependent species in Hep-G2 cells by reducing ceramide levels and decreasing activity of caspase 3 and caspase 9enzymes. Rosmarinic acid in concentrations of up to 40 μM decreased cell viability by increasing ceramide levels and activity of caspse-3 and caspase 9 enzymes.Conclusion: Although in most cases, polyphenols have caused no induction of apoptosis and have decreased cell viability percentage. However in some cases, they have affected inversely and have caused cell growth.واژگان کلیدی